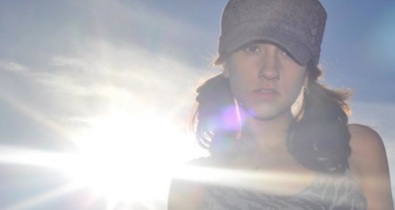 One of LA’s best and favorite DJs, Victoria Alviti, passed away recently. Coordinating with her family, her closest friends have bonded together for an event to celebrate her life and her passion in house music.

We will be playing Victoria’s last recorded DJ set primetime on the big system, while her other DJ friends will be supporting.

Please join us as Victoria Alviti headlines at King King, and lets all dance one last time to the music she loved and always tried to share with us as a DJ.

Suggested donation/entry at the door is $10 to $20 and 100% of the proceeds will go to the Victoria Alviti Fundraiser to help start a cause promoting music programs in schools.

*This fundraising event is open to the public, so do bring your friends and share the music*

Victoria Alviti, 22, of West Greenwich passed away Sunday August 21, 2011 due to an automobile accident in Malibu, CA.

Born in Providence she was the daughter of Peter Alviti Jr. of Warwick and Sharon (Hodgkins) Alviti of West Greenwich. Victoria was a Disc Jockey working all over the country and a Model working in CA and RI.
She attended Cranston High School West and was a part of their track and tennis teams and cheerleading squad, graduated from San Clemente High School in CA and was part of their tennis, track and lacrosse teams and a member of the South Shores Church Youth Group, CA.

Besides her parents she is survived by her sisters Valerie Marini and her husband Jim of Lincoln and Lauren Alviti of Boston, MA; she was the aunt of Jimmy, Nicholas and Camille Marini; step daughter of Kathy Lanni; granddaughter of Peter and Corrine Alviti Sr. of Cranston and the late Mary (Meloni) Alviti and Esther (Feeney) Hodgkins; niece of Dennis Hodgkins of West Greenwich.

A Mass of Christian Burial will be celebrated on Saturday at 10am in Holy Apostles Church Pippin Orchard Rd. Cranston. Burial will be private. Visiting hours are respectfully omitted.
In lieu of flowers memorial contributions may be made to the Victoria Alviti Music Scholarship Fund C/O Sharon Alviti 11335 Patriot Way West Greenwich, RI 02817. Victoria was a bright and beautiful person and we ask that you celebrate her life by wearing uplifting and bright colors to reflect her spirit.

*Published in The Providence Journal on August 26, 2011

Posted on September 2, 2011, in Uncategorized. Bookmark the permalink. Leave a comment.