John V or Johnny Vo is the DJs DJ based in Orange County, CA yet played mainly in the Los Angeles arena since 1987. His music endeavor began in 1986 trying to mix tracks from a single tape player to a second tape player. After getting his first set of turntables, circa 1988, his dj talent began to expand from backyard events into warehouse parties, in which we all understood it at the time as the Los Angeles Underground Scene in the early 90s. One of his first memorable gigs was playing the opening set at the local LA high school dance alongside djs Sandra Collins and Taylor. This gig landed his musical dj career into playing for Los Angeles based radio station, Renegade Radio then off to Groove Radio. 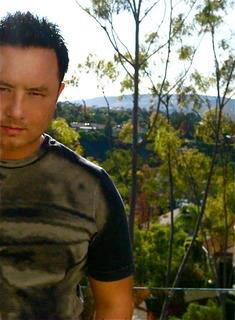 In the early 90s, John V continued his passion for progressive dance music which lead him to play at some of LA’s most memorable events, such as, Narnia, Nocturnal Wonderland, Techno Flight . . . Although John V never had an LA residency at the local clubs, he has played the vast majority of them, including, the Palace aka Avalon, Vanguard, the Key Club, the Roxy, Grand Avenue aka the Shark Club and the Mayan to just name a few. In addition, John V has displayed his musical talents for the masses in the arenas, such as, the Los Angeles Convention Center, the Anaheim Convention Center and the Long Beach Convention Center for various one offs.

While his love for progressive dance music expanded, John V ventured off the underground scene and attempted to play mainstream radio for Power 106FM under the musical talent of Richard Vission for his Powertools radio show. After winning the Powertools dj contest in circa 94, John V focused primarily on creating and exploring into his dj sets to take his crowd on a musical journey. His progressive house style was uplifting, which led to the harder sounds of progressive trance. At the time, most djs were playing the typical mainstream radio house genre while John V had his eye on the musical talents of Sasha and John Digweed since circa 94.

In the mid 90s, after playing alongside great musical talents, John V began to focus more onto his professional career as a firefighter. This drastic career change from playing some of LA’s best clubs to now helping the sick and injured was a life changing event. Today, John V’s focus is on his professional career and family, yet he has never let go of his love and passion for the progressive dance music scene. His dj sets will sure throw you on a musical journey from start to finish with his melodic rich sounds of what he calls “adult” style house, sexy driving beats, piano synths which tells a story embodied by musical influences of Sasha, John Digweed, Guy J, Nick Muir, Henry Saiz and Marc Marzenit. Let the journey begin and “enyoy the ride . . . “