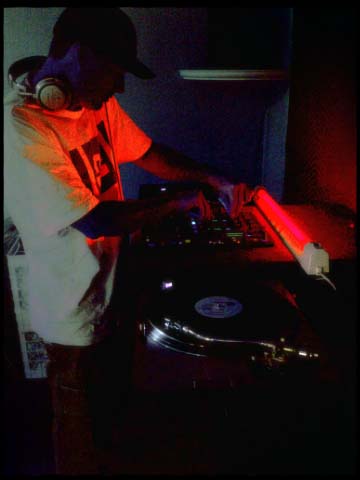 DJ Mike C. was first introduced to the L.A. underground in 1991, and quickly became a regular of the scene attending numerous raves, clubs and afterhours events. Instantly intrigued by the deejays behind the music, Mike purchased his first set of Technics 1200 turntables and a mixer. And the addictio

n began! Mike spent countless hours teaching himself to mix, and when he wasn’t mixing he could be found record hunting all over Southern California. From Old Skool Techno to Progressive and Deep House, Mike was spending his every dime on building his vinyl collection.
Mike’s journey grew quickly from spinning at local parties with friends out to the L.A. afterhours scene in 1993, where he at played at many one off events opening up for and along side of some of L.A.’s best house jocks. This led to him landing a spot as one of the resident deejays at The Beverly Room from 1994 to 1996, and also some guest appearances at The Arena in Hollywood, CA.
With the constant changing L.A. rave and club scene going in a different direction, Mike decided to take a break in 1996 to pursue his personal and professional life. Mike started playing more local mainstream bars and clubs, and eventually got married and started a family in 2001. It was at that point that Mike packed away his equipment and took an extended hiatus from spinning all together to focus exclusively on his family and contracting business. Late 2011 is when all of that changed. Mike’s long time friend DJ One Love motivated him to unpack the turntables and start spinning again. With a new found excitement and an endless love for the music, Mike C. was back in action practicing and polishing his skills, and once again music hunting. Currently collecting and playing several genre’s, Mike C. will always be trying to find that certain sound; that certain sound that is him.
>>CLICK HERE FOR VIDEO OF SHOW<<
>>CLICK HERE FOR SHOW PODCAST<<
DJ Mike C contact:
Facebook
Soundcloud