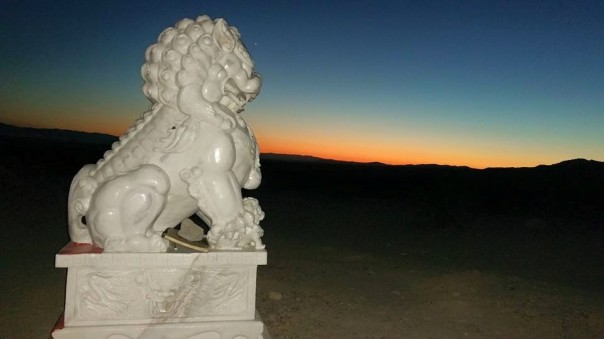 If anyone knows the story behind this Foo Dog that’s located in Amboy please let me know…. i took this photo on Wednesday, July 15, 2015 on Route 66.
Found a page on facebook titled “Guardians of Route 66” and they too are trying to find out the story behind it.

Tonight’s show was mixed by myself, hope you enjoyed it.