Tune in this Friday, August 21, 2015 as Riders of the Plastic Groove (RotPG) has the underground legend Ron D Core along with Verity.
You can listen live locally on 88.9fm KUCI in Irvine, CA.

However, you can watch and listen live world wide atwww.plasticgroove.com via our Riders of the Plastic Groove Ustream feed.

Now about our guest 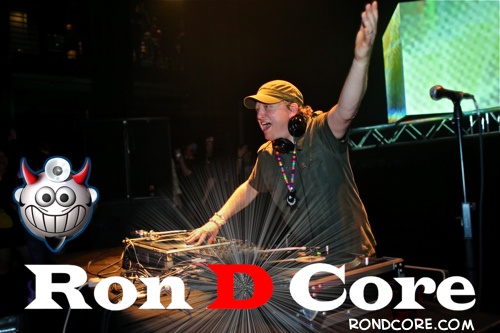 Ron has played at some of the largest and most memorable events in the world such as: Electric Daisy Carnival + Nocturnal Wonderland + Smoke Out + Circa + Together As One + Monster Massive + Bassrush + Pyrotechnodiscoworks + Audiotistic + Opium + Willie Wonka + Alice’s House + Stranger Than Fiction (L.A.’s first Massive 1990 @ The Shrine Auditorium) + Narnia + Future World + Aphrodite’s Temple + Shiva’s Erotic Banquet + Cyberslam & too many others to mention & played for crowds up to 50,000 people. Ron has played with some of the biggest names in the business such as: Speed Freak + Lenny Dee + DJ Producer + Juan Atkins + J. Saul Kane (Depth Charge) + Rob Gee + Neophyte + DJ Paul + Babu (Beat Junkies) + DJ Dan + Doc Martin + Manu Le Malin and loads of others. Some of the articles and interviews Ron has been featured in are: Urb Magazine + Entrepeneur + OC Weekly + XLR8R + DJ Times + Daily Pilot + Yellow Rat Bastard + Thunder Magazine (Thunderdome Holland) + L.A. Weekly + Club Life + Tribe + Free Bass + Fix Magazine + Rave (Porn Magaine) + Culture and more… Ron has been featured in a Movie Documentary about the rave scene and it’s history called “Better living Through Circuitry,” & the book called “Generation Exstacy,”. Ron is continuosly working hard in the Electronic Music scene Recording DJ’ing and Promoting the Hardcore he love’s and supports. Keeping Dr. Freecloud’s the store and the Vinyl alive is nothing short of dedication to the scene.
Websites
rondcore.com
drfreeclouds.com
vinyldjagency.com
lastrecordstorestanding.com
http://drfreeclouds.bandcamp.com/ 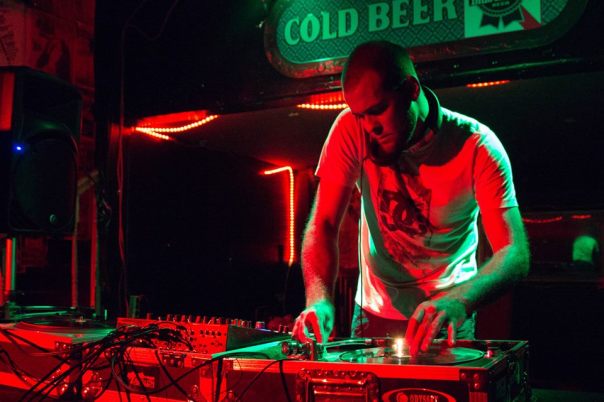 Verity’s been behind the decks for 18 years. He has a mad passion and love for the Oldskool Techno, Breakbeat and Jungle sounds of the early 90’s and evolved into Drum & Bass as well as a wide variety of other electronic music genres. Collecting as many mixtapes as he could get his hands on, he eventually graduated to vinyl and DJ’ing in the mid 90’s. He’s inspired by the original sounds of L.A. DJ’s such as R.A.W., DJ Trance and Ron D Core. He’s played a variety of shows and clubs but also spent quite a bit of time doing intimate outdoor renegade sessions with his close friends who shared the same passion and joy of just getting outdoors, and playing music, LOUD!