For those that know I will also be playing at the Metropolis / Shark Club Reunion on Saturday, July 22, 2017. (Located at old Shark Club)

Next week we will be LIVE once again at DR. FREECLOUD’S in Fountain Valley for another Summer Vinyl Mix Series featuring THEE-O, DJ SCARFACE & FELIX M.

Come by the shop and hang out for the night and listen to some great tunes! 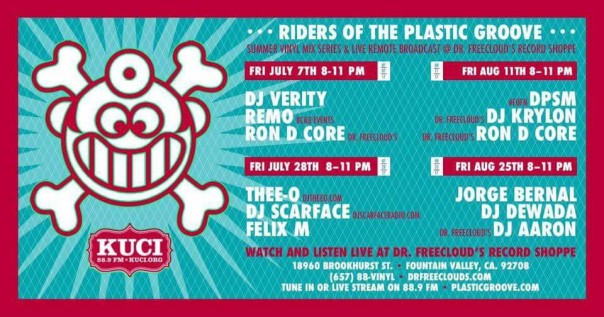