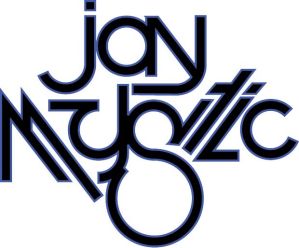 Jaymystic is well known throughout the west coast of the U.S. and Canada for his deep, soulful and funky style of house. Jeremy got his musical start at age seven where piano lessons were a weekly occurrence that didn’t end until the age of eighteen when he joined the U.S.M.C. and was stationed in Los Angeles in 1990.It was here that he first heard electronic music and became a mainstay in the underground music scene as a dj and promoter. Jeremy’s first residency was in 1996 at the fabled Zoot Suite in Portland, Oregon, where he brought his deep and soulful sound to a city that historically preferred a darker more aggressive style. The Zoot Suite soon became the premier house and downtempo destination in Portland, and from 1996 – 1999, Jeremy hosted monthly residencies for Mushroom Jazz and OM Records, alongside the likes of Mark Farina, Doc Martin, Andy Caldwell, John Howard, Derrick Carter, Victor Simonelli, Deep Dish, Daft Punk, Stacey Kid, Juan Atkins, Jeno and Dj Garth as well as countless others. During his stay in Portland, Jeremy maintained several other residencies including a monthly at the famed Suebeez Ultra Lounge and Restaurant in Vancouver, BC, The Friends and Family parties in San Francisco and  helped pioneer the supper club culture in Portland with a monthly residency at the Saucebox, which is still one of Portland’s premier destinations for a sophisticated dinning experience while enjoying the beautiful sounds of the world’s best downtempo and deep house djs. Jeremy relocated back to Los Angeles in the 1999 where he quickly made a name for himself and landed a residence at Luna Park on Friday nights in Hollywood. The Spot at Luna Park was named the hottest Friday night destination in 2000 by The L.A. Weekly. The Spot also received accolades from LA2nite.com, Clubplanet.com, XLR8TR and URB magazine and was routinely featured on KCRW as the best electronic music Friday night in Los Angeles. Luna Park was considered THE place to be seen for young Hollywood in the early 00s. Jeremy’s talent was spotted at Luna Park and he was offered a residency at the exclusive Sunset Room, now known as the Ecco Lounge. The venue opened on Halloween of 1999, and by 2000 it was the hottest place in town on Thursday and Saturday nights. Seeing-stars.com and Variety magazine named in it the best dinner and dancing club to see stars during 2000 and 2001. Jeremy djed numerous other events while at his residences including the wrap party for “Beverly Hills 90210″ in April of 2000, the 100th episode of the TV series, “Moesha,” the wrap party for “3000 miles to Graceland”, “The Carwash” and the “Party of Five” wrap party. Other notable events were the Leonardo DiCaprio hosted MVP party for Shaquille ONeal after the Lakers won their 2000 Championship, the premier party for “The Pledge” which saw Jack Nicholson, Sean Penn & Lou Adler in attendance as well as The post-premiere party for “Snatch” which brought out Madonna & Guy Ritchie, Vinnie Jones and Benicio Del Toro. Then in 2003 Jeremy relocated to Orange County, CA to attend Pepperdine University and pursue a degree in business management and marketing. Jeremy continued to pursue his dj career as well and has graced the decks at the legendary Focus house club as well as Sutra, The Detroit Bar, The Commonwealth Lounge, Memphis Soul Café, SOL Cucina in Newport Beach, Club Vegas, The Shark Club, The Standard Hotel in downtown Los Angeles, the lengendary OC restuarant Scott’s @ South Coast Plaza, The Maya Resort in Long Beach, The Montage resort in Laguna Beach and The Vintage Hollywood Hush parties. He is also a regular feature attraction at the Los Angeles, Santa Ana and Fullerton Art Walks, The Lab Anti-mall, and local radio shows on KUCI & KPFK. Jeremy’s musical maturation into the downtempo, bossanova, world music, dub, acid jazz, nu funk, electro jazz, and dnb sounds has worked well for him in recent years landing him special appearances at the now closed Chat Noir Jazz and Supper Club in Costa Mesa and Chimayo in Huntington Beach as well as corporate appearances for Hurley International, Arbonne International Cosmetics, The NAMM tradeshow, and The WSA clothing and footwear trade show for numerous local sports action apparel companies.
Jeremy has recently accepted a membership invitation from The Hush Crew in LA and is now a resident dj and regular contributor to all Hush Crew affiliated events and promotions. (for more info please see hushradio.com)

Check out the show by clicking here.

Posted on August 5, 2012, in Uncategorized. Bookmark the permalink. Leave a comment.