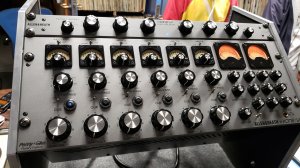 On tonight’s show we had back our favorite yearly resident Jamie Thinnes of Seasons Recordings in studio.

this time he brought in his beautiful mixer the Allen and Heath Xone V6.

Texas born Jamie Thinnes transplanted to the LA area as a young teenager and was quickly seduced by the intriguing sounds found in the wee hours, in the abundant warehouses, loft spaces and odd locations scattered throughout southern California. Early on, house music crept into Jamie’s soul and has been his guiding light ever since. Quickly becoming an underground favorite in the early ‘90s, Jamie forged his unique and captivating sound in a wide variety of Los Angeles environs – from full scale nightclubs to many a dark and dirty after-hours, from sunny beaches to ultra exclusive, all-night house parties. His trademark deep, spiritual rhythms and low frequency grooves never fail to keep the dancefloor marching in time to sunrise and beyond. A master mixer and programmer behind the decks, Jamie’s unwavering devotion to house shines through with every twist of the knob and every slide of the fader.

In 1996, Jamie’s musical vision blossomed  and founded Earthtones Recordings. After 10 highly regarded releases, Earthtones was forced to change its name due to trademark issues. Seasons Recordings was born. 16  years in existence, with a heavy catalog of class act releases featuring Franck Roger, Olivier Portal, John Cutler, Dj Spinna, Anto Vitale, Charles Webster, Boddhi Satva, Black Coffee and Jamie himself, to name a few, Seasons has truly evolved into one of the premier house music imprints worldwide. While countless other labels have faded away or tried to re-invent themselves with a new sound every few years, Seasons, and its revered Seasons Ltd. sub-label, have stood the test of time with consistent, quality house music that’s based on an unshakeable foundation of musicality, soulful delivery and infectious grooves. 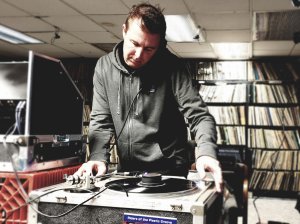 Posted on February 22, 2019, in Uncategorized. Bookmark the permalink. Leave a comment.